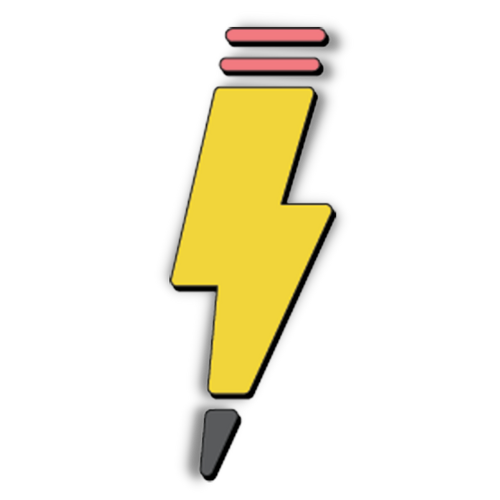 Making a Case for Lowercase

Since less and less instructional time is being spent on handwriting, it is becoming even more important to prioritize the script that students need for functional writing tasks. And, since lowercase letters account for about 95% of all letters in reading and writing, I would like to make the argument for teaching lowercase first!

Lowercase letters are easier to form!

Having fewer starting points simplifies the decision on where to start. All the capital letters start at the top at one of three different points: top middle (A, I, J, T), top middle (B, D, F, H, K, L, M, N, P, R, U, V, W, X, Y, Z) or top right (C, G, O, Q, S). Lowercase letters primarily begin at the midline. The exceptions being b, h, k, l, and t which start at the top, and letters e and f. This factor favors uppercase as being easier to learn.

Each pencil lift requires careful visual monitoring and precise motor skills to neatly place the pencil at the start of the next stroke. Seventeen upper letters require two or more lifts compared to seven lowercase letters. Uppercase “E”, for example, has four strokes, requiring one to lift and place the pencil at four different points. Lowercase “e” uses one continuous stroke, which requires less visual attention, and makes it easier and more efficient to form. This suggests that lowercase letters are easier to form. Sorting letters by their first stroke and practicing them in their “group” is a highly effective way of learning to write the letters.  The repetition of the same continuous motion from one letter to the next builds motor memory and promotes rhythmic writing.

Lowercase letters have multiple strokes in common and are easily sorted into four kinesthetic groups:

Letters s, u, f, e and z do share a common stroke with the other letters.

B, D, E, F, H, I, J, K, L M, N, P, R, T, and U all start with a down stroke. However, given that they do not share a similar motion beyond this point to guide correct stroke direction, makes it hard to unify them into kinesthetic group. Letters A, S and Z do not share a common stroke with other letters.

Lowercase letters are easier to recognize!

Several lowercase letters are similar in appearance, most notably letters b, d, p, g and q, as well as h and n; making them easier to confuse.  Regardless, young students who are learning to read, read in lowercase.  And for children who struggle with visually-confusing letters, more practice, not less, would be helpful. Aligning handwriting with reading stands to boost a student’s ability to identify these letters, especially if the child is a kinesthetic learner. Teaching uppercase simply delays the teaching of lowercase or worse, creates more confusion by adding more letters to the mix.

It is also interesting to note that lowercase words are easier to read. Jason Santa Maria’s article, “How We Read”, explains that this is because we see words as shapes. Lowercase has ascenders and descenders that form irregular shapes, and make it easier to identify the words, whereas capitals appear as “big rectangular blocks which take much longer to process”.

Students struggle to transition from upper to lower case

There is a large variance in how well students adapt to lowercase letters after learning uppercase. For students who are predisposed to handwriting difficulties and have been taught uppercase first, I have found that they confuse the two alphabets and tend to be very resistant to switching from upper to lowercase. Apart from affecting overall legibility, mixing upper and lowercase, or using upper case only, is inefficient and results in slow, tedious writing.

What do the experts say?

When asked to weigh in on the letter case debate, Dave Thompson, CEO of Educational Fontware, and designer of over 900 fonts said, “Lowercase is definitely easier.  Most of the letters are a lot shorter, which involves less movement of the hand for the little ones.  There are fewer pen lifts, and much more similarity between smalls (a, c, d, e, g, o, q for example all start with or have a counterclockwise hook) than caps. Lowercase uses retrace without pen lift for b, d, h, m, n, p, and r.  Caps are usually taught as pen lifts instead of retrace: B, D, M, N, P, and R. Finally, you can make words out of the smalls, but not the caps.”

Virginia Berninger, a UW educational psychology professor, who studied the effect of handwriting on the human brain, says that it is important to teach lowercase letters first because they are used more frequently in writing and are encountered more frequently in written text. Uppercase should only be taught once lowercase letters are legible and automatic. Teachers should also keep written work to a minimum until lowercase writing is functional.

How can I help you?